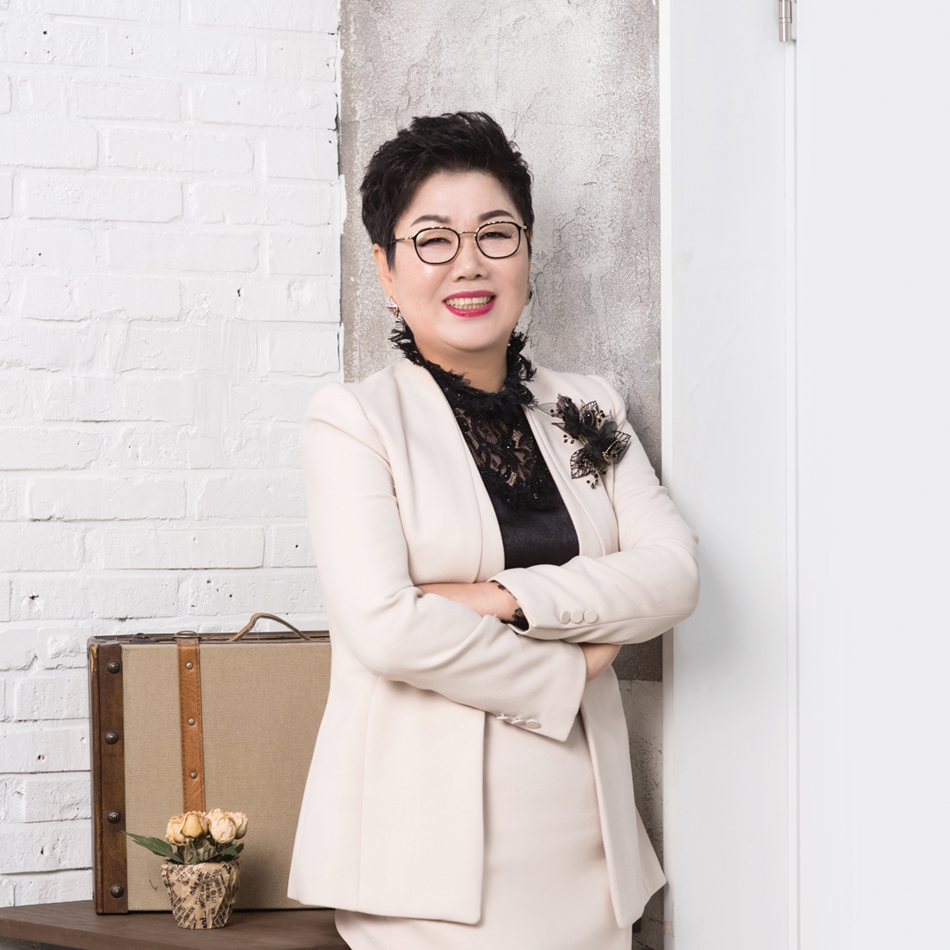 Though Kim was born a female, she could never once live a life of a lady.After losing her parents at an early age, Kim had always lived in poverty. The sole purpose of Yun-Sook Kim's life was to be responsible for her four younger siblings. Though she had tried everything she could to escape poverty, not much had changed even after getting married. There were times when it looked like she was doing well, as she opened up a martial arts gym and a studyroom; however, when the Asian economic crisis hit, it was as if Kim and her family were pushed to the edge of the cliff. Overnight, she was forced to move into a run-down apartment - paying 300,000 KRW a month for rent. She was desperate to make even 2 million KRW for her family's survival, and that was when she encountered Atomy.

The ultimate remark that echoed in her heart

"The only hope when there is no hope, is to have hope."

Those who have tasted failure have to make a critical decision. They either have to take on a new challenge, risking another failure; or they have to accept life because they are scared of failing again. Kim chose the latter. Kim was just getting by on a daily basis when she was introduced toAtomy's cosmetic product (the early model of Skin Care System The Fame). She was still reluctant because of her previous experiences with network marketing, but everything changed when she heard the following words at the seminar.

"The only hope when there is no hope, is to have hope." People ponder using reason, but make decisions emotionally. Then people justify with their reason the decision that they had made emotionally. Such is the nature of humans, and IM Yun-Sook Kim was just that kind of person. There was no objective data at the time that could ensure her success. Was she not nervous? "Yes, I was nervous, but I still made the decision. Not long after I was able to justify my decision. It was the products."

"You're going to sell make-up with that face?"

IM Yun-Sook Kim confesses that though she had good products in her hands, Atomy business was still a big challenge. She had thought that all she needed was the label that the products were made inKorea AtomicEnergy Research Institute, and a news report that Atomy's make-up was 100 times better than other brands. She couldn't be more wrong. Nevertheless, Kim is living a life of success now. When asked when the turning point of the business was, she responded, "Don't you even know the famous story?" Kim says she visited a center in Uijeongbu when she was a Diamond Master. At the center, she heard someone say to her, "You're going to sell make-up with that face?"

Kim expresses that looking back now, she had lived a very busy life, and that she was not very good at looking after her own looks. She said that she had sold cosmetic products, but she was not fond of using them herself. But after using Atomy's make-up steadily, she found that her skin had improved tremendously. She thus fell in love with Atomy's products. After that, she became more confident in explaining Atomy's products to others, and her business sped up. "It was important to be an avid user of the products myself. I could see the value of the products even more after becoming an avid user. After that, the products will just speak for themselves. And when the vision of Atomy business is shared with the consumers, that's when they will become contractors."

2016 - the year that has showed me Atomy's vision and worth

Kim encountered Atomy when she was at the edge of her life. She just ran forward, without even looking to her left or right. Someone said that the level of intensity, determined the speed of the business. Being desperate, Kim was not reluctant to sponsor her partners in Korea and overseas. And as Atomy Taiwan was launched, her business started to pick up fast. As if life was making up for Kim's past, in an instant Kim and her family were living a life of success.

Then one day, tragedy struck Kim's life. Though she was living a life of success, her health had caught up with her. She had once again collapsed due to the sudden tragedy. It seemed like her life was over, as Kim had distanced herself from everything for a year. She thought everything was on hold, but in reality her business was growing more than ever before. Kim's family and her partners didn't leave her side during this difficult time. "This was when I was able to see Atomy's vision and love. I realized that I had to be responsible not just for my family, but for my partners' success as well."

Reborn as an icon of hope

In November of last year, Yun-Sook Kim stepped on stage during Success Academy in Kintex, Ilsan for her promotion to Imperial Master, the highest rank in Atomy. She wore a white dress, as if she was a swan, with a smile that was brighter than ever. "I am happier now than my wedding day. I feel like I've received a life-time worth of blessing and congratulations."

Then Kim continued with her promotion speech. "All of us are meant to be swans, but we live our lives as if we are ugly ducklings because of what life throws at us. Though I could not fly because I had no wings, now I can fly like a swan because of Atomy." That was the moment Kim had become an icon of hope for the members who came from humble backgroundswhile dreaming of becoming a swan. Imperial Master Yun-Sook Kim says that her success was possible because it was realized together with other members. That is why she says this accomplishment is even more valuable. She says she is always ready. "I am ready to go wherever I am needed. I want to help other people to become successful as well."

'A goose that lays golden eggs'

If I had not done Atomy, I would be a commoner

I am living a life of no regrets.

I know that I have gained success not due to my own efforts, but by the efforts of other people. I will continue to do my part in order to help other people become successful as well.

Traveling to Europe with my beloved family

"I remember traveling to Europe with my loving son, daughter, daughter-in-law, son-in-law, and grandson. We went traveling together when I was promoted to Royal Master and Crown Master as well. We will probably go again since I got promoted to Imperial Master. I chose Atomy in order to survive, but Atomy is helping me live a good life."

"It was when I had become a Sharon Rose Master. My income was starting to get quite big, and I was only looking forward in order to succeed. But one day, my partners came to my mind, and I thought that it would be nice to have a place for my partners to come and rest. I had this on my mind for awhile now. Since having become Imperial Master, there is a place that I would like to use as a summer house. It is open to all Atomy contractors. You can come and recharge, or you can come and rest with your family as well. Just come anytime."

Be humble and always be willing to learn

"I give plenty of lectures in front lots of people, and I've reached the highest rank in this business. But I have always approached Atomy business with a willingness to learn, and I plan to do so in the future as well. Atomy is helping me mature into a better person. Also, the people that I meet in this business, have stimulated me in a positive way. I will try to stay humble and not lose the willingness to learn."

Point 04 A life of contribution

A life that shares with other people

"I've been helping children who are suffering abroad and my partners who have been in difficult situations. I want to expand my sphere of support, and I want to live a life that contributes to more people's lives."

Select region below to be directed to My Office.

Select region below to be directed to Shopping Mall.

AZA Mall for each branch.

Select region below to be directed to Channel Atomy.

Select region below to be directed to Atomy Ticket.