[Imperial Master]Hae-Jung Lee
[A life of contribution]I received it for free, so I give it for free. 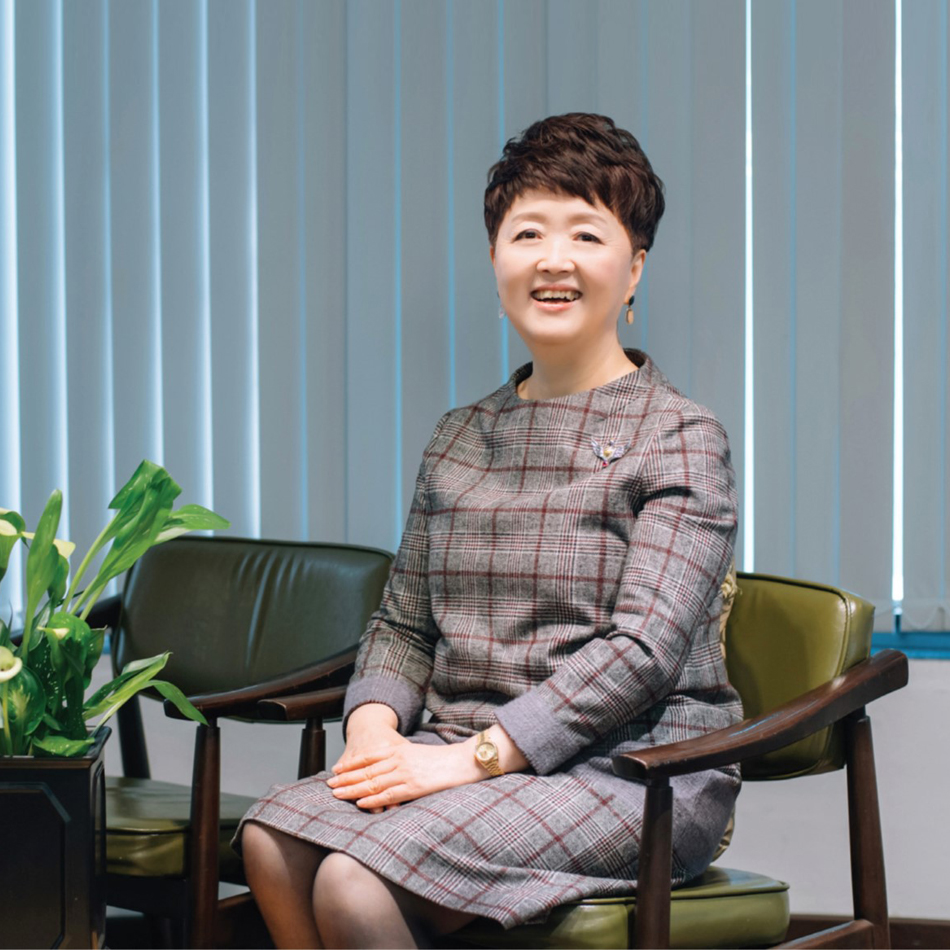 Sharing is a formed habit

Crown Master Hae-Jung Lee does not hesitate to reprimand others when she finds someone acting against the company's principles. Lee is known to be a leader ,who more than anyone, considers the company's principles to be very important. She was however a different person on a personal level. Lee is as frugal as they can get, and she was very humble in the good deeds that she had done. "Though my parents were not rich, they had always shared with others. My parents would always help my brother's friends who were poor by giving them white rice, even if it meant our family had to eat barley rice. My mother always told me to help those who were less fortunate. I had always thought that was the right thing to do."

Having learned a life of sharing from her parents, Crown Master Hae-Jung Lee left to USA in early 1990s, and she attended an English school there. At school, she was selected as an outstanding student, and she received 50 US dollars in scholarship. Lee then went to the Michigan Library and made a donation to the library to purchase Korean cook books. Though it was a small amount, she was the firs international student to make such a donation in that library. In the English school, Lee received the Governor's Award, and she was award the 'Hae-Jung Lee parking lot,' which allowed her to park at the designated lot for a month. During the five years that she had spent in USA, it gave Lee an opportunity to think about the culture of sharing and donation. Since then, Lee has made donations as it was fitting to her financial situation.

Since joining Atomy, Lee has also been influenced by President Parks' act of sharing even in difficult circumstances, which has led her to be more active in sharing.

This past March, Crown Master Hae-Jung Lee donated100 million KRW to Child fund Korea. Lee had donated to other various charities and organizations as well. Cambodia, one of the overseas office branches where Atomy has launched to, is a country plagued with the scars of wars.

There is an NGO hospital located about 5 hours away from Phnom Penh, which treats patients that have been injured by land mines. However, there are not enough doctors, so many of the patients are not able to receive proper treatment. When Lee heard of the situation, she decide to donate 1,000 USD to the hospital monthly to recruit more doctors. She is on her third year of giving to the hospital. The hospital has showed gratitude by writing the name 'Atomy' on their wall. Lee has also supported a music student who had great talent but could not further his training because of finances. Lee has supported his living expenses during his studies in Germany. The student has recently joined a symphony orchestra in Germany. Lee has also subscribed to support the concert in Saem-mul Hospice for patients who are in their last stages of cancer. She is also heavily involved in supporting Atomy partners as well.

Give freely which you have received freely, Atomy for free as well

There is probably no one who doesn't know the value of sharing and contributing back to the society. It is just difficult for most people to act this out. Crown Master Hae-Jung Lee was asked how she was able to share so actively.

"One day I was passing in front of the church, and I saw a sign that read, 'Give freely which you have received freely'. I believe I have received Atomy for free as well. That is why I can give it freely. I am confident that my actions are right. I believe the act of helping your partners so that they can be financially independent, is an act of donating and sharing as well. Donation is a type of insurance for the society, but Atomy has not only helped commoners be financially independent, but has presented a safety net for them as well. This is the reason why I cannot quit Atomy. I will continue to do Atomy even if it's just so that I can continue to share with others."

Lee thinks that a unique type of sharing that can only be done in Atomy, is to help your partners so that they can reach the top. She also plans to continue to give donations to SOS (Atomy Contractors' Sharing Foundation).

And Lee says that she has a new dream. She wants to establish her own NGO. "Though I can only dream right now, someday I want to establish a group that can share with other organizations. In order to lay the foundation for this project, there is something that I tell my partners whom I am supporting. I tell them to donate 10,000 KRW a month to my organization in the future, if they are indeed grateful. Don't you think they will give it for free since they have received it for free as well?"

Select region below to be directed to My Office.

Select region below to be directed to Shopping Mall.

AZA Mall for each branch.

Select region below to be directed to Channel Atomy.

Select region below to be directed to Atomy Ticket.